I have been promising myself that I would do some image stacking to see how I get on with it. Image stacking is a technique that is used to produce a macro image where everything is in focus. With macro photography, the depth of field of a single shot is tiny, often less than 1mm. This means that anything over 1mm. wide will have some parts out of focus. Here's an example: 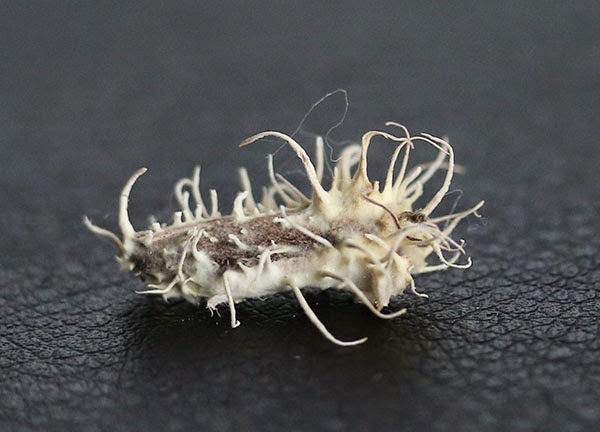 That shot isn't bad, but although the front-to-middle part of the shot is sharp, the rear part of the image is out of focus and blurred.

With image stacking, we take a number of shots from the same position, but with the focus point moved slightly further back each time. In order to get the stability required, we need to use a tripod and use manual focussing. The depth of the subject above is around 5mm., so I took 5 shots, each focussing around 1mm further away. The images are then fed into software which fine-tunes the positioning of each image to make sure they overlap precisely, and then it corrects for slight differences in perspective due to the refocussing. Finally, the software selects the sharp parts from each image and creates a single image which is sharp from front to back: 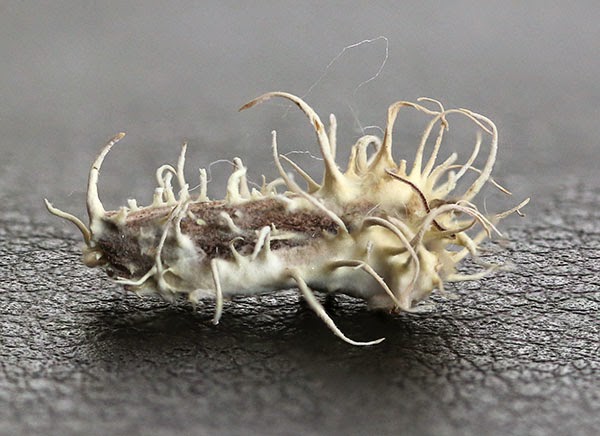 The entire procedure from shot-taking to final image took perhaps 30 minutes, but I'll be faster next time. I suspect it could all be done in perhaps 15 minutes.

It's a moth which has been killed by the parasitic fungus Cordyceps tuberculata, which is an extremely rare species, on the RDB list as Vulnerable D2. This specimen was found in Co. Cork and is the first Irish record. There are only 23 other records in the Fungal Records database and they are mostly from the east of England. I rather suspect this is a continental species, since most records are coastal, and it's possible that the victims were migrants. This is, however, pure speculation on my part.

The specimen has been sent to Kew for analysis, since they would like to eliminate the possibility that it's something even rarer.

Acknowledgements to Clare Heardman for finding the specimen and sending it to me for analysis.
Posted by Stuart at 10:43 5 comments: