Some of the best finds can be unexpected and completely accidental.

En-route to pick up a car earlier in the week there was a detour, so I stopped at a lay-by to confer with Mr. Google. I spotted this wonderful little moth out of the car window and jumped out with the camera. It's the Latticed Heath:

This is a Clover feeder and is found in grassy areas. One generation in this area.

Yesterday I was called out to examine what appears to be a fungal rust on Himalayan Balsam:

This is an extremely invasive plant, and it has now reached most parts of Britain and Ireland. To date the local populations have been free from predators or parasites, since it is an introduced alien. But last year I found a leaf-miner and now we have this fungal rust, so perhaps we can expect populations to begin to weaken. That might just open up opportunities for other parasites to take hold, so perhaps we're seeing the start of some kind of weakening/control. I can certainly confirm that the miner has spread very rapidly and has now been found in perhaps half a dozen new sites around the country, some hundreds of kilometres apart.

After I had examined the rust, I went back to the car-park to find a stand of Comfrey on a stream-bank. Some of the leaves had a fungal attack and I have now identified this as Melampsorella symphyti:

There are very few records of this on the FRDBI and seems it's new to Ireland.

The leaf-mining fly Pegomyia solennis is one of the few that are communal. Always found on Rumex sp., especially Broad-leaved Dock:

Some leafhoppers are absolutely minute. This is the Meadowsweet specialist Eupteryx signatipennis, about 3 mm. long:
New to my species list.

Finally, another oddity. I have a huge Lavatera bush in my garden and it is usually covered in bees, wasps and hoverflies all nectaring. I had assumed that the bees were gathering pollen, too, but it seems that the pollen is no use to Honeybees and Bumblebees: they actively remove it after they have taken the nectar:

Weather hasn't been too good recently, so I have been working away researching all manner of creatures from spiders to beetles, to parasitoids.

A colleague in Galway found a parasitised larva of the 4-spotted Footman moth a couple of weeks ago. Here is her original image: 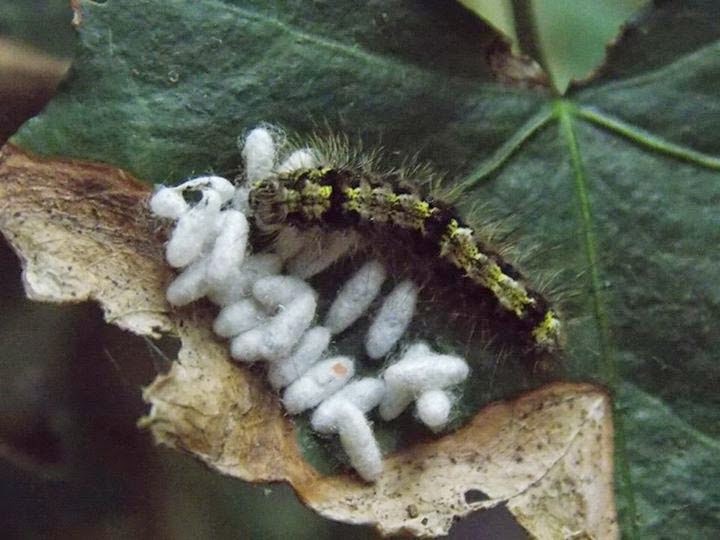 I used the key to Braconidae to get the specimens to genus (Apanteles), and then used a 1973 paper from the Bulletin of Entomology to refine the search (there are over 250 species of Apanteles on the UK list). The most striking photographic evidence for identification are the wing-veins.

This is my photograph of the diagnostic part of the wing veins of the Galway specimen: 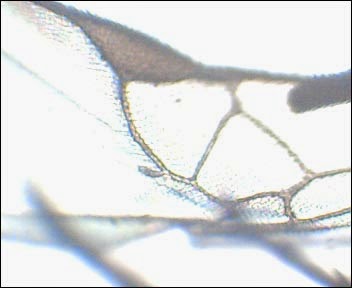 And this is the reference image of the wing veins (rotated to be in a similar position to the sample above): 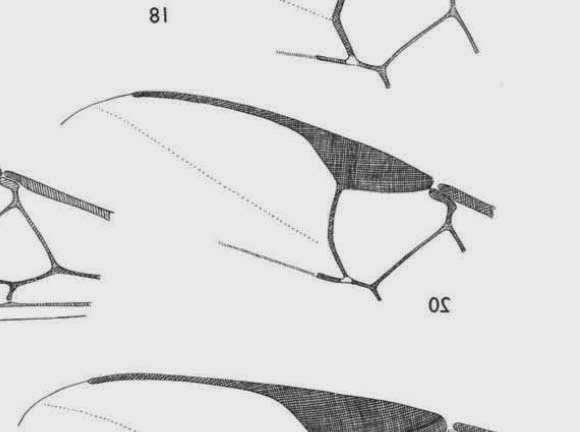 The similarity is striking, and leads us to Apanteles octonarius, which is known to be a parasitoid of the 4-spotted Footman moth. The adult parasitoid wasp is 2.5 mm long.

There is one previous record of Apanteles octonarius on the Irish list, and that was from Mayo in 1911. I am now seeking validation of this identification, since this group is new to me (apart from Apanteles glomeratus, which parasitises the Large White butterfly, and which I showed last year.)

Another bit of research centred around the Tachinid Eriothrix rufomaculata. This Tachinid can be readily identified by the two red marks on the top of the abdomen, (and which give it its specific name): 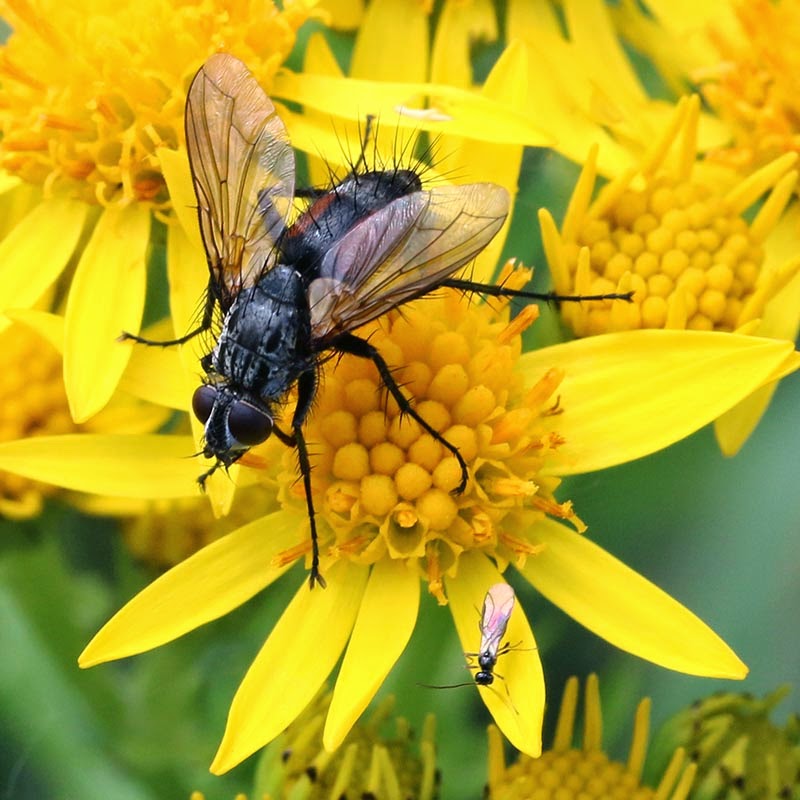 I predicted last week that this fly would shortly appear, since I had noticed a large number of other migrant species, including the Red Admiral butterfly, the hoverfly Scaeva pyrastri and a number of migrant moths. I am certain that this fly is migrant to this country, since I can predict its arrival by monitoring the arrival of other species.

That photograph was taken using the new 70D, which continues to amaze me daily.